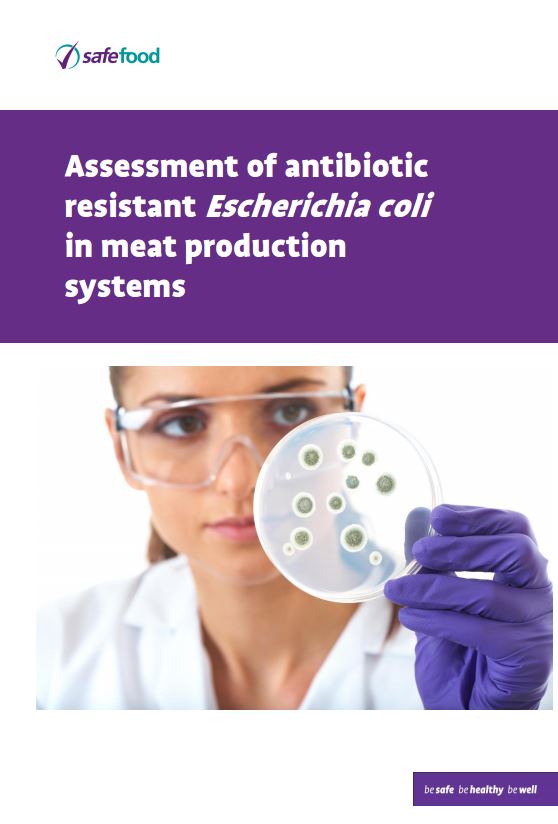 Antimicrobial Resistance (AMR) is considered one of the major public health challenges of this century. AMR organisms are detected with increasing frequency in humans, animals and the environment. Studies in some countries have suggested that there is considerable similarity between some groups of antibiotic resistant E. coli in food and those associated with disease in humans in that country.

However, this issue has not been the subject of any major study on the island of Ireland. This study aimed to determine the prevalence of E. coli resistant to three key classes of antimicrobials (fluoroquinolones, cephalosporins and carbapenems) in raw meat on retail sale on the island of Ireland. Furthermore, the study aimed to characterise the isolates detected using phenotypic and molecular methods. This data was then compared to some data from previous studies of E. coli associated with human infection to assess, in so far as possible, similarities between meat isolates of AREC and human associated isolates of AREC.