Professor Séamus Fanning, Director of the UCD Centre for Food Safety, received funding from the safefood Training and Mobility Programme to attend the 4th ASM Conference on Antimicrobial Resistance in Zoonotic Bacteria and Foodborne Pathogens in Washington DC in May of this year. You can read more about his visit to the conference in the report below.

For any queries relating to the safefood Training and Mobility Programme, please email tmp@safefood.eu 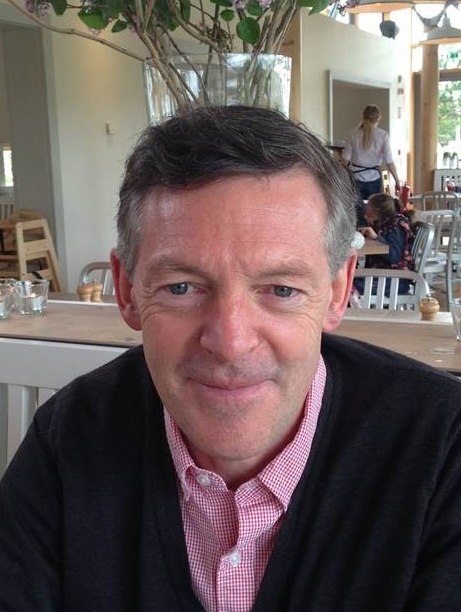 The 4th American Society for Microbiology (ASM) Conference on Antimicrobial Resistance in Zoonotic Bacteria and Foodborne Pathogens, held in collaboration with the US Department of Agriculture and the National Institute of Food & Agriculture, took place recently in Washington DC.  This meeting is held every 2 to 3 years and it brings together stakeholders from across a broad range of disciplines to update on and debate this topic which is of immediate societal relevance.

Antimicrobial resistance is one of the most significant challenges facing those working in the area of veterinary public health.  It threatens our ability to treat infections with our existing arsenal of antibiotics and antimicrobial compounds.  This situation is regarded with such importance that the World Health Organisation has now classified antimicrobial compounds into a number of categories, reflecting their impact on public health.  In the Critically Important Antibiotics group are those antimicrobial compounds of classes that include the 3rd/4th generation cephalosporins, fluoroquinolones, macrolides and others.  At the conference there was much discussion focussing on the former, and the objective of my presentation was to describe the genetic characterisation of the mechanism of resistance in commensal Escherichia coli.

At the UCD-Centre for Food Safety, one of the research themes we have been following for several years relates to the molecular epidemiology of antimicrobial resistance.  In particular, we are interested in those genetic mechanisms contributing to resistant phenotypes being expressed by food-borne zoonotic bacteria and the modes by which these phenotypes can be disseminated to other bacteria sharing the same ecological niches.

As part of a bilateral collaboration with the Institute of Food Safety & Hygiene at the University of Zurich, we have been working on eighty-nine Escherichia coli strains expressing a blaEssL-phenotype and which were originally cultured from healthy food-producing animals and humans.   Thirty-two of these isolates were selected for detailed study, based on the nature of the plasmid profiles that they exhibited.  Nine of the 32 isolates were shown to disseminate their blaEssL-phenotype under laboratory defined conditions.  In all cases, the role of high-molecular weight plasmids (of >30-kbp) was noted.  Fourteen of these plasmids ranging in size from 42kbp- through 167-kbp and these were fully sequenced by de novo methods.

Eight b/acTX-M-1- and five b/aTEM- encoding genes were identified along with other resistance encoding genes, and the genetic nature and context of these determinants were presented during the meeting.  This presentation was the only one to describe the detailed nature of these unusual high-molecular weight plasmids and the roles we suspect they play in resistance transmission among bacteria cultured from healthy food-producing animals and humans.

All participants at this conference agreed that tackling antimicrobial resistance requires a multi­disciplinary approach.  Furthermore, equating data describing the annual sales of antimicrobial compounds for food-animal applications needs to be assessed in parallel with on-going surveillance describing the nature of any resistance mechanisms being expressed by bacteria of food-producing animal origin.