In our endeavours to reduce single-use plastic, David Burrows asks, are we putting food safety at risk?

New laws to encourage higher recycling rates and reduce the amount of single-use plastic packaging have come thick and fast in recent years. Some of the most commonly littered items are being banned in the EU and UK; levels of recycled plastic used in ‘new’ packaging are rising (following voluntary commitments and plastic taxes), while companies are set to be charged more for using packaging that isn’t easily recyclable. The policies aren’t perfect, but the direction of travel is positive – and pacy. This is good news: plastic pollution must be controlled, and all single-use packaging reduced to achieve a circular economy (and cut carbon emissions). But is this drive for circularity putting food safety at risk?

Calls for tighter regulations on the chemicals used in food and drink packaging are growing – and, in particular, there is concern about the flow of chemicals in circular packaging systems. “The hazardous chemicals [are] in the original virgin products so when you recycle them, they do not disappear,” suggests Dorota Napierska, policy offi cer on toxic-free consumption and production at Zero Waste Europe.

In September, Zero Waste Europe, together with the Health and Environment Alliance, CHEM Trust and ClientEarth, launched a new campaign. “Harmful chemicals in recycled #FoodContactMaterials can put the #CircularEconomy and our health at risk,” they tweeted, with an infographic entitled ‘Misconceptions about food contact materials’. Their use of the phrase “toxic recycling” was deliberately emotive.

Substances of concern
In Europe, some 8,000 chemicals can be used in food packaging and other food contact materials (FCMs). Chemicals are added to packaging to give it certain properties like durability and stiffness, but some migrate into the food and many of these can now be found in the human body and in the environment, according to the Toxic-Free Food Packaging campaign, which was launched by NGOs across Europe this year. The Toxic-Free Food Packaging campaign website describes how one of the most common ways Europeans are exposed to harmful chemicals is through food and beverages, and the products used to package, store and cook food. Consumers are, “constantly exposed to the mixture of chemicals migrating from the food packaging”, explains Lisa Zimmerman from the Food Packaging Forum (FPF), a non-profit foundation based in Switzerland. “And what is becoming more and more clear [from] more scientifi c studies on the topic is that among these chemicals are a lot of substances of concern.”

Zimmerman was recently involved in a study with experts from ETH Zürich and the Swiss Federal Institute of Aquatic Science and Technology (Eawag) which presented an overview of chemicals intentionally used in FCMs that are harmful according to the EU’s Chemicals Strategy for Sustainability. Their research, published in a peer-reviewed article in the Journal of Hazardous Materials in June, identifi ed 388 food contact chemicals of concern, including 352 substances that are known to be carcinogenic, mutagenic, or toxic to reproduction and 22 endocrine-disrupting chemicals. These 388 chemicals are lawfully used but, “should be considered for immediate phase-out from intentional use in FCMs”, the authors noted.

“Do we need all these chemicals?” wonders Zimmerman. As well as the chemicals intentionally added to packaging there are many more non-intentionally added substances (Nias) –impurities, contaminants, and by-products of processing for example. Much less is known about these and the impact they have but for several types of food contact materials migration of Nias is, “more signifi cant than migration of intentionally used substances”, according to a consensus statement published by 33 scientists in the journal Environmental Health in 2020.

“Recycling processes may increase the levels of chemicals found in, and therefore migrating from, food packaging,” said co-author Olwenn Martin from Brunel University London. “This aspect needs to be considered at the design stage for solutions to be truly sustainable.”

In research published by the US Environment Protection Agency recently, the samples with the fewest confi rmed and probable chemicals were virgin plastic food contact items – the recycled samples had double the number (22). The experts suggested that “the circular nature of the recycling economy may have the potential to introduce additional chemicals into
products”.

But this is a sensitive subject that sits uneasily in the spotlight on sustainability. Just as the public has swung in support of moves to tackle an environmental crisis (plastic pollution) they are being warned of potential food safety and health risks from recycled packaging. The food and drink brands have also made stretching targets to incorporate more and more recycled plastic into their packaging.

“The importance of the circular economy is paramount and anything that undermines [it] puts at risk a system that has the potential to make enormous in-roads into the reductions in carbon we must make globally,” a source from the recycling sector told Ends Report recently. He also said that tracking chemicals through the production, use and the disposal and recovery chain is “without doubt the conundrum we must [all] solve”.

Both the World Health Organization and the UN have raised concerns about the food safety issues presented by the chemicals in recycled materials. Heather Leslie, an ecotoxicologist who previously worked at the Institute for Environmental Studies at University of Amsterdam, says “it’s a pity that there is so much focus on CO2, which isn’t toxic at all, while the actual toxic chemicals our daily lives are drenched in take a back seat”.

Greener and safer?
It’s not just plastic that there’s a potential problem with either. Fidra, an environmental charity based in Scotland, has found high levels of potentially toxic chemicals in supermarket packaging as well as that of pizza boxes, takeaway bags and food boxes from brands including Caffè Nero, Costa, Dominos, Greggs, Pizza Hut, Pret a Manger and Starbucks. Its research revealed significant levels of PFAS (per and poly-fluorinated alkyl substances) present in 90% of food packaging tested.

Fidra’s advice is to opt for reusables where possible – which could reduce not only chemical exposure but carbon emissions too. PFAS are a group of more than 4,700 chemicals used in packaging applications such as barrier coatings to provide resistance against heat, oil, grease, and water. These are considered ‘forever chemicals’ because of their ability to accumulate permanently in the environment. Fidra senior project manager Clare Cavers says the chemicals have also been found in high quantities in rigid compostable packaging, like the clam-shell containers used for fi sh and chips. This kind of packaging is often perceived as ‘greener’ and by default ‘safer’ but from a toxicological perspective, biodegradable and bio-based packaging is not any better than conventional plastics, says Zimmerman. No one material is better than another and it’s impossible to tell until you test them for chemicals, she adds.

Food brands and packaging companies point to the EU standards and laws they adhere to. Some have already been spooked enough into acting though. Restaurant Brands International (which owns Burger King) and Yum (which owns KFC and Pizza Hut) are among the companies to have committed to remove PFAS from packaging by 2025 (Yum is also removing phthalates and BPA).

In July, McKinsey, a consultancy, warned companies that the net is closing in on chemicals used in packaging, and urged them to take a more “proactive approach”. Indeed, as well as the Chemicals Strategy for Sustainability a review of the EU’s food contact materials regulation is underway – that started in 2018 and in June a fi nal evaluation of the rules was published by the European Commission. This concluded the rules are “partly effective” but plenty of issues were raised. Gaps in the regulations included the lack of specific rules
for FCMs other than plastic – the current legislation is also “largely incompatible with current trends in the switch […] to more novel or natural, sustainable alternatives”, according to McKinsey. There were also uncertainties around new recycling technologies like chemical recycling. Little information was flowing through the supply chain and the system of enforcement needs to be improved.

Chemical fix
Transparency around which chemicals are added in the first place must be improved, says Heather Leslie. “There are currently no ingredient lists publicly available [and, as far as I can see,] no intentions to create openness. Even designers and manufacturers have diffi culty accessing the information about what chemicals are in the plastics they procure to make their products.”

The regulations for food contact materials, including packaging, are in need of an overhaul, it seems. Basic food contact legislation is 45 years old, notes Napierska and “has never been systematically evaluated”. She and others want legislation to be reshaped in line with a key principle of the Chemicals Strategy for Sustainability: to eliminate hazardous chemicals from products. “It’s time to ensure proper protection from our real-life exposure to a large number of different chemicals,” she wrote in a recent blog.

Consumers certainly expect to be protected. Research presented earlier this year by the Federation of German consumer organisations (Verbraucherzentrale Bundesverband, VZBV) and summarised by FPF showed that when it comes to packaging, consumers are concerned with sustainability but “clueless” about the chemicals used and “assume that no unsafe food contact materials are on the market”. The large number of chemicals on the market, the complexity of material flows, the lack of data on the presence of chemicals in products and the impact these substances have on the environment and human health as they mix and flow through our world makes this a fiercely complicated area to regulate. But the rules to protect food safety need to keep pace with those designed to protect the planet.

“We have to pay attention to where toxic chemicals are added and how they flow because we don’t want them waltzing in and out of biological systems, after having leached out of the products they once inhabited,” explains Heather Leslie. “In discussions of the circular economy it’s often forgotten that it only truly works as intended when we weed out the toxics first.”

ABOUT DAVID BURROWS
David Burrows is a freelance writer specialising in sustainability within the food chain. A graduate in agricultural sciences, he researches and writes features and reports for  publications including Just- Food.com, FoodNavigator.com, FoodserviceFootprint. com, Poultry Business, Pig World, The Grocer, and Transform. 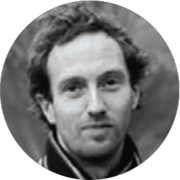