It has been said that the first step to solving a problem is to recognise there is one. Scientists, campaigners, policy experts, consultants and even some major companies have been saying for some time that the food system is broken.

However, at the Belfast Summit on Global Food Integrity earlier this year it became clear that perhaps policymakers (and even politicians?) are now prepared to admit it too. We are about to walk into a “great disruption”, suggested Dr John Bell, director of the bioeconomy at DG Research and Innovation in the European Commission. “We need to future proof our food system [and] we can’t do that without reviewing the system,” he said.

Just prior to the Summit, the European Commission had confirmed (in its agricultural spending review) that €10 billion from the next research programme – Horizon Europe, running from 2021 to 2027 – would be dedicated to food and natural resources (that’s about 10% of the total budget). “We are very serious about taking this discussion forward,” said Bell. “It is a doubling of our current commitment."

It’s a significant shift in 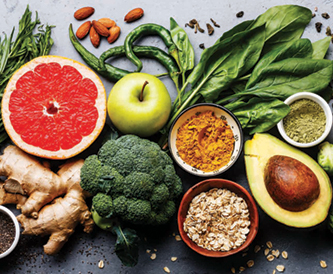 approach, according to some of the industry leaders I spoke to in Belfast. Historically, the food sector has been down the European Commission’s pecking order, they said – it’s seen as a “very strong sector” and people had enough (cheap food) to eat. “There were always other sectors seen as higher priorities, but that is changing,” a director at a multinational food brand explained.

Consider the challenges that loom large and you might say ‘it’s about time’. Climate change, as this summer’s droughts again proved, is already creating significant challenges, and producers have been warned to expect more crop losses from extreme weather, greater damage from pests, and further pressure on water security. The nutritional quality of some foods could also plummet. In August, a paper published by Harvard Chan School of Public Health showed how rising levels of carbon dioxide from human activity are making staple crops like rice and wheat less nutritious – by 2050, 175 million people could become zinc deficient and 122 million could be protein deficient. The billions of people currently living with nutritional deficiencies would also likely see their conditions worsen as a result of less nutritious crops, the authors said.

Meanwhile, in September, the UN’s annual state of food security and nutrition report provided a sobering analysis of the state of play. The number of hungry people in the world is growing and limited progress is being made in addressing the multiple forms of malnutrition, ranging from child stunting to adult obesity. What’s more, the gains made in ending hunger and malnutrition (as per the Sustainable Development Goals) are being “eroded” by climate variability and exposure to more complex, frequent and intense climate extremes. As Bell suggested at the Belfast Summit: without food and nutritional security there is no security.

Further evidence of the “imbalance” in food systems is waste. As the third largest emitter of greenhouse gases after China and the US, the issue perhaps justified its own “seat at the UN”, quipped Bell. However, this is another serious threat: the EU alone produces 88 million tonnes of food waste a year, and the associated costs are estimated at €143 billion. That ‘waste’ could potentially feed 200 million people. Not only are the current systems wasteful, they are also “making us sick”, according to Cécilia Rocha, director of the School of Nutrition at Ryerson University (Toronto). Presenting the results of a report for the International Panel of Experts on Sustainable Food Systems (iPES) in Belfast, Rocha said the food system has been successful, generally, in creating affordable food that is safe, but the system is “at risk”. Rocha and her colleagues have unpicked the food system and discovered that many of the most severe health impacts – from respiratory diseases to a range of cancers and systemic livelihood stresses – are linked to industrial food and farming practices. 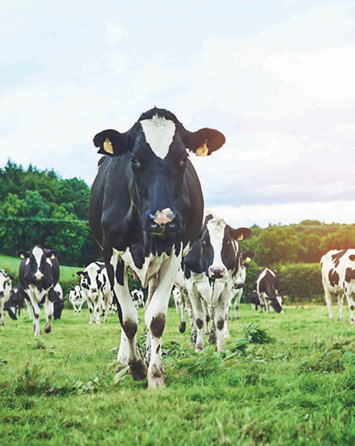 The above is by no means an extensive list – there’s also soil degradation to consider, for example, as well as the
potential impact of genetically modified crops and pesticides, not to mention fair pricing and plastic packaging. Indeed, consider the current health impacts alongside the social and environmental impacts and the case for a complete overhaul of our food systems becomes all the more compelling. “We have a food system that is changing, that is under threat,” said Pamela Byrne, Food Safety of Ireland CEO, “but what is the solution?”

Indeed, once we are all on the same page and have admitted there is a problem, the next step is to start thinking about possible solutions. This is where the EU Commission’s €10 billion will come in handy, but there is another pan-European project tackling some of these issues. Launched in November 2016, EITFood (the European Institute of Innovation and Technology’s new food programme), connects 50 partners from leading businesses, universities, research centres and institutes across 13 countries in Europe and from the entire food value chain. From the UK, the universities of Reading, Cambridge and Queen’s University Belfast are all involved, but flick through the partners list and you will find everyone from John Deere and PepsiCo to Siemens and Sodexo. “There is no initiative even close to this,” said Ellen de Brabander, senior VP for research and development at Pepsico and the former (and first) CEO of EIT-Food.

The programme’s ambition is laudable: to redesign the way we produce, deliver, consume and recycle our food and to create a future-proof and effective food sector that supports a sustainable and circular bio-economy. It has seven years and €1.2 billion (25% from EU and 75% from partners) to make a start, but just a year in and there are already some “exciting signs” of what’s possible in this kind of collaboration, Filip Fontaine told safefood, in his first interview as the initiative’s interim CEO. “EIT-Food is about bringing together the people who have the skills and the reach to change things,” he explained. “People can be working in siloes and on their own ‘islands’ so this collaborative approach will move things up a gear.” 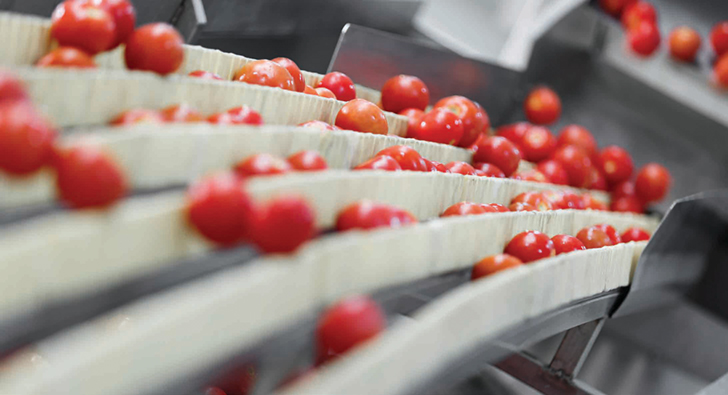 EIT-Food is all about tapping into near-market innovations – turning all the great work that’s going on at research institutes, amongst start-ups and within global corporates into commercial solutions. There are four broad themes, namely:

Scan the new website and you get a feel for the breadth of projects underway – covering everything from alternative proteins (to relieve pressure from livestock – a major producer of greenhouse gases) and food fraud, to sustainable diets. For instance, there is one involving training graduate students in processing, fractionation and characterisation of algal components – skills that can be used to develop innovative food products based on microalgae components. The German Institute of Food Technologies meanwhile is developing sustainable plant-based protein sources for the bakery sector. Another project involves generating hand-held technology to assess the freshness, nutritional value and identity of certain types of fish, while in the Games of Foods project, experts will design an “escape game” based on food-related puzzles and riddles to help improve awareness of healthy and balanced diets (a nut which has to date proved hard to crack).

Unfortunately, the detail available is sparse – it’s early days and things will take time, Fontaine admits. However, there have already been some tangible results. The circular food generator track, for example, challenges masters students to develop ways to valorise food waste from manufacturing and retail with “high commercial potential”. Early streams include bread, potatoes and bananas and the 10-month challenge ends with a competition between the teams and one innovation using banana peels could soon be picked up by major retailers. Unfortunately, Fontaine can’t provide any more detail, but says he likes the idea because it was simple (“bananas are not high tech”), involved students, universities and retailers and was commercially scalable. “It also wouldn’t have happened without EIT-Food,” he says.

Some of the research will be much harder to convey, of course – there are some involving “plant-based ice-structuring proteins”, and one that will look at the benefits of feeding poultry insects and probiotics in order to reduce pathogens and antibiotic resistance in the birds. However, every project is tested against its potential benefit to people: the last thing the collaborators can afford to do is make an app that no-one will use, or create a healthy snack that people won’t eat. “That’s just a waste of time, effort, money and talent,” Fontaine says. This is why an integral project will be the trust barometer. “We are trying to measure trust not in food labels but in the food system as a whole,” he says. “And we also want to help people – we want to show them that food is healthy and it’s valuable.”

And with only €1.2 billion EIT-Food has to make every cent count. “It’s 100% not enough funding,” says one of those involved in the programme. Only a few days before the interview, Fontaine had used a speech at a conference in Bulgaria to call on member states and the EU to show “strong support” for research and innovation in the agri-food sector. “This is not a small task, and the challenges we face are not small either,” he said. An understatement if ever there was one.

David is a freelance writer specialising in sustainability and food/retail. A graduate in agricultural sciences, and a postgraduate in periodical journalism, David is currently freelance writer, editor and researcher for several food/business publications, including Poultry Business, Farmers Guardian and Retail Week.