The International Space Station is currently testing a new photobioreactor that uses algae to convert the carbon dioxide produced by its astronauts into oxygen. The algae providing this life support belongs to the species Chlorella vulgaris, which has an additional benefit – it can potentially be used as a food supplement for the astronauts. “If you like sushi, you will love it,” says Harald Helisch from the Institute of Space Systems at the University of Stuttgart.

Astronauts have long had to suffer bland food – it’s nutritious “but lacks taste and lacks texture” once noted major Tim Peake, who has worked with Heston Blumenthal to spice up the rations within the strict constraints of space agency regulations – so they are unlikely to turn their noses up at the idea of eating algae.

But how about here on earth, where algae have been touted as one of the ‘alternative proteins’ set to replace meat and feed a growing population? What are the benefits and are there any risks? What’s more, will people actually eat them?

Algae have been a food for ages: in some regions people have been eating them for thousands of years, mostly in the form of macroalgae, or seaweed, and largely in the Far East. France, Denmark and Ireland (where seaweed is traditionally used in cooking as well as to make laver bread) are the largest producers of macroalgae in Europe, but tonnages represent less than 1% of global biomass output.

There was also a feeling that microalgae had gained a reputation for ‘over-promising and under-delivering’ as food trade title Nutraingredients put it in 2016, and that Europe could be left behind. But the tide may be turning. “It’s suddenly got very exciting”, explains Saul Purton, professor of algal biotechnology at UCL in London. 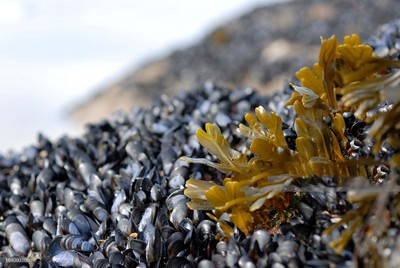 Big brands turn to microalgae
The EU’s recent farm to fork strategy says the commission will set out “well-targeted support for the algae industry, as algae should become an important source of alternative protein for a sustainable food system and global food security”. Many multinational food manufacturers are looking seriously at microalgae and its place on grocery shelves rather than in health supplements.
Nestlé for example has teamed up with ingredients supplier Corbion to work on commercialisation of microalgae within plant-based products. In July 2020, Unilever announced a new partnership with biotech start-up Algenuity. Like the space researchers, they have honed in C. vulgaris, a microalgae that grows fast and offers nutritional benefits from healthy lipids and antioxidants to a host of vitamins and minerals.
One of the most valuable nutritional characteristics of microalgae is their level of polyunsaturated fatty acids (PUFAs), especially the omega-3 fatty acids eicosapentaenoic acid (EPA) and docosahexaenoic acid (DHA), which are hard to obtain in sufficient amounts from anything other than fish, seafood or algae. “Normally, I would avoid the term ‘superfood’,” explained Susann Schade from the Institute for Agricultural and Nutritional Sciences at the Martin Luther University in Halle, Germany, in a blog for the Food Climate Research Network, “but it seems to be accurate [in the case of microalgae].” There is plenty more research to do. Digestibility and bioavailability is not yet fully understood, as noted in research led by the Teagasc Food Research Centre (Ashtown). Other studies have noted that aspects related to food safety of algae are also not well-known, namely the presence of contaminants, allergens, or hazardous substances generated during microalgae processing. Algae fall under the EU’s novel food regulations, which explains why most of the focus is on Spirulina, Chlorella and a few others that were consumed to a significant enough degree prior to 1997 and are therefore on the ‘approved’ list (avoiding the cost of new applications but still subject to food safety requirements).

Macroalgae
On the macro side, Wakame seaweed and laver seaweed were both in the 50 future foods list compiled by Knorr and WWF – a list of the most sustainable, affordable, nutritious and tasty foods. “[Seaweed] doesn’t need freshwater, it doesn’t need pesticides or herbicides to grow, and we don’t need to cut down forests or convert natural land for its production,” explained Tim van Berkel from The Cornish Seaweed Company, in an interview with the journal Another Escape recently. “It grows back very fast if you harvest it from the wild and do it sustainably.”
That isn’t always the case. The European Commission has noted how “the abundance of several commercially exploited species in Europe has already decreased in some regions due to multiple stressors such as global warming, herbivory, excessive harvesting, a decline in water quality and the introduction of non-native species”. Several species of kelp are already starting to disappear.
Aquaculture-based production lags behind other parts of the world but there is momentum to develop the industry as part of the bloc’s underexploited ‘blue economy’ (and ensure seaweed farmers receive a fair value for their efforts, which isn’t currently the case). New guidelines, funded by Horizon 2020, outline how to “meet a growing global demand for seaweeds while also protecting resources and the environment”.
reputation for ‘over-promising and under-delivering’ as food trade title Nutraingredients put it in 2016, and that Europe could be left behind. But the tide may be turning. “It’s suddenly got very exciting”, explains Saul Purton, professor of algal biotechnology at UCL in London. It's not easy being green
Mintel has reported that algae are gaining popularity as a superfood across food and drink categories, both as a base ingredient and as an added flavour in premium-positioned launches. The share of algae-containing food and drink launches in Europe grew from 0.6% between October 2012 and September 2013 to 1.4% between October 2016 and September 2017. Spirulina accounted for almost two thirds of such launches, as it’s often used as a natural food colour. Its natural green colour means it can be “used to achieve or support an image of health alongside other literally ‘green’ ingredients such as kale or wheatgrass”, Mintel noted.
Being green is not always ideal. Algenuity is using mutant strains of algae with reduced chlorophyll so the powder can be added to products without changing the flavour, the smell or the colour (the algal powder is white or yellow rather than green). Finding the best strains would be easier using genetic modification, but that technology comes with its own challenges.
Stripped of their colour, smell and flavour, microalgae could potentially replace ingredients (for example that people are allergic to) and still add a protein punch to products. They are packed with 30% to 60% protein (dry weight) in some species such as Chlorella and Spirulina, which also provide a ‘complete protein’ because they contain all of the essential amino acids. High protein levels mean algae can compete with meat and soya. In fact, seaweed and microalgae also have higher protein yield per unit area compared to terrestrial crops, such as soybean, pulse legumes, and wheat. Spirulina also has 180% more calcium than milk, 670% more protein than tofu, 3,100% more .-carotene than carrots, and 5,100% more iron than spinach.
Production of microalgae can actually be costly, complicated and challenging. Most currently takes place in open raceway ponds – these are easy to run and inexpensive but can become contaminated; scaling up is also hard because as the algae blooms it prevents sunlight penetrating deeper into the tanks. Photobioreactors, like the one being used in space, are increasingly popular, with some containing up to 600km of glass tubes producing microalgae at industrial scale.

Pondprints
This is high tech but it’s the future, according to Eugene Wang, founder of Sophie’s Bionutrients. Traditional farming systems are “too polluting and too messy”, he adds. Wang is creating a protein flour from Chlorella that he hopes will be versatile enough to replace soya and whey in alternative milks and meats. Right now though the costs are high. This is something investors are also wary of given the high capital outlay to increase scale. Food manufacturers, too, will need the price per kilo of the proteins from microalgae to fall.
There are also questions about the sustainability of microalgae production. The industry is mindful of not making a rod for its own back by over claiming its benefits. The bioreactors require heating, cooling, aeration and carbon dioxide. Harvesting can also add to the energy demands dramatically, and in some cases actually exceed those of fish and vegetable oil. The greenhouse gas footprints of algae are also surprisingly large, though direct comparisons with meat and dairy for example are hard to find. Unilever is undertaking a full cycle assessment of production in its work with Algenuity.

Some producers are already investing in ‘low carbon’ facilities and looking to valorise waste from other industries (from carbon dioxide to distillery leftovers). Better strains and decarbonisation of energy supplies will also help bring the impacts of microalgae production down. Critically, algae don’t compete with traditional food crops for space and resources. “There is lots of potential good will algae can exploit,” says Professor Purton, who is also director of the Algae UK network.
Data from start-up research company Beauhurst, reported in the Financial Times, showed how the amount of money raised by private UK companies that either produce or use seaweed or algae in food and drinks has rocketed by almost 2,000% in the past eight years. In 2011, for example, three deals raised a total of £314,200; in 2018, seven deals raised £6.4m. However, the costs aren’t yet coming near the mainstream ingredients they’re trying to replace, says food tech investor Niccolò Manzoni.

The alternative protein pie
The EU algae biomass sector currently employs 14,000 people and has a value of €1.69 billion. A new dataset developed by
the Joint Research Centre of the European Commission are currently 126 algae-producing companies in the EU 144 production plants – 57% produce macroalgae microalgae. Many of these are SMEs are working with university groups in a “fragmented way”, says Professor Purton, but “slowly the dots are being joined up”. Work is currently underway to develop a UK roadmap for industrial applications of algae for food and novel ingredients. A webinar in October to kick off discussions covered costs, sustainability and production. There was also a “big education job” to do.
If consumers are reluctant to try insects as a protein replacement, are they really likely to go for pondweed? Some see the best route into stores is by stealth – microalgae providing additional protein and nutritional benefits that people can’t even taste. Others say there need to be “hero products”, with microalgae markers loud and proud on packs.
The odd celebrity chef endorsement wouldn’t go amiss either
– and they might even like working with it. Take the case of the Dutch Weedburger, which can be picked up at a restaurant by the North Sea. “The algae is locally sourced, and it adds the umami taste. It also helps the burger patties hold their shape better, and replaces added salt which I think is a good thing,” said the restaurant’s chef, Mario De Pagter.
According to Lux Research, alternative proteins like soya, algae, pea, rice and canola, will account for up to a third of the protein market by 2054. How big will algae’s slice of the pie be? “Part of this will be dictated by fashion, all sorts of whims,” Fredrik Adams, founder at commercial scale algae cultivation firm Firglas, said recently. “I’m expecting consumers will go through learning and education, just like they did for sushi.” 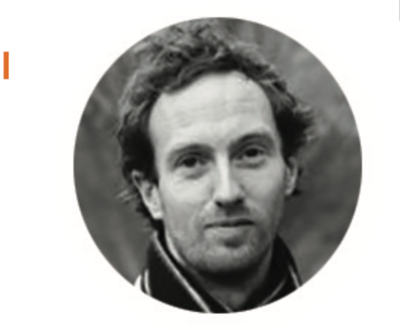 ABOUT DAVID BURROWS
David Burrows is a freelance writer specialising in
sustainability within the food chain. A graduate in
agricultural sciences, he researches and writes features
and reports for publications including Just Food.com,
FoodNavigator.com, FoodserviceFootprint.com, Poultry
Business, Pig World, The Grocer, and Transform